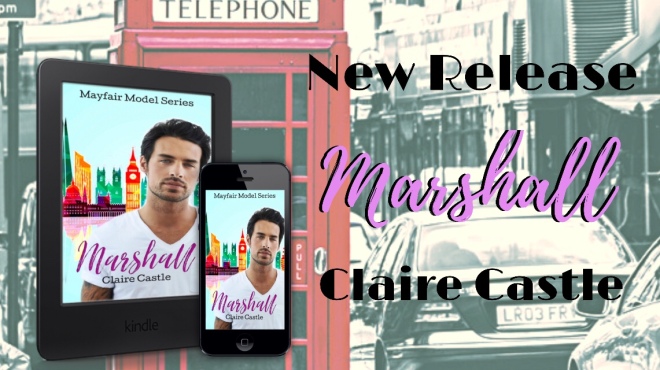 Handsome model, Marshall Easton, is at the top of his game. His successful career allows him to enjoy lucrative international modelling contracts and attend lavish parties. He also has a stellar reputation of the utmost professionalism in front of the camera. But looks can be deceiving—and he’s hiding his biggest secret from everyone, including himself. The only thing keeping him sane these days is coming home to Jess, his new dog.

Fabulous Stuart Livingston loves living his life to the fullest. He is free spirited and enjoys doing what he wants. Although he’s an artist at heart, his love of animals leads him to a new dog walking job. When he meets the adorable Jess but not the elusive owner, he has no idea what to expect.

Can Stuart and Jess help Marshall see that the man on the runway is deserving of being his true self and finding real happiness? 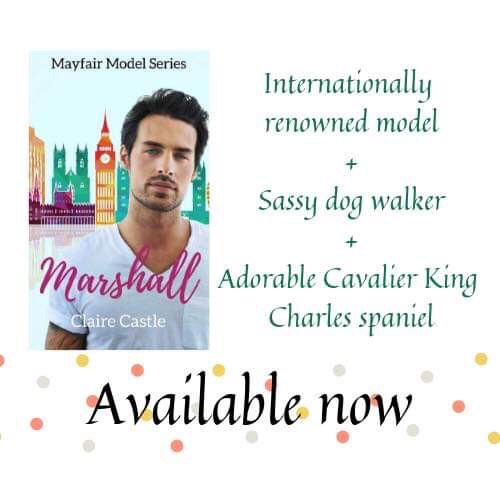 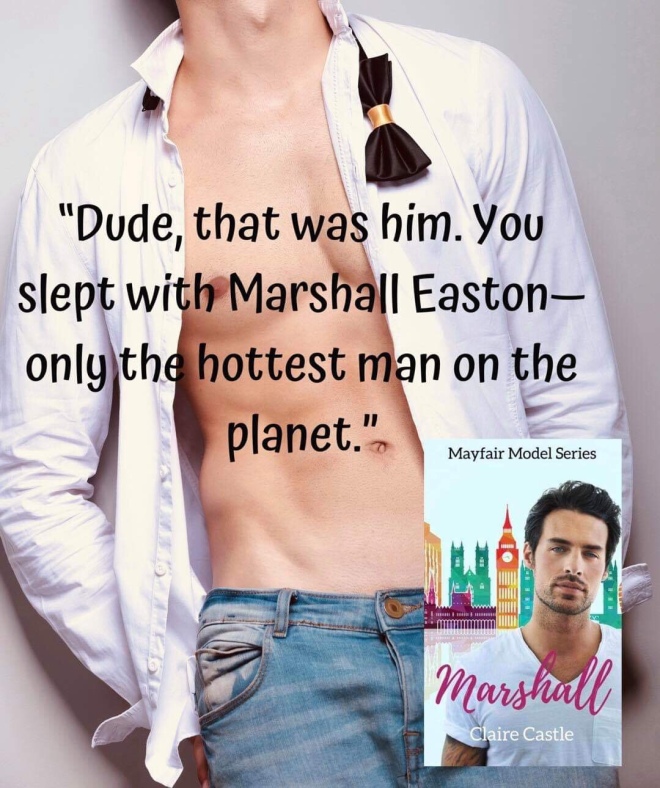 Marshall is the first installment in Claire Castle’s Mayfair Model Series and focuses on the relationship of Marshall Easton and Stuart Livingston.

Marshall Easton is a highly sought-after top international model who is a rockstar at what he does. He’s gorgeous, moody, demanding, and somewhat self-absorbed. The camera loves him, the fans love him—well, they love the image—because no one has any idea who Marshall Easton really is.

Stuart Livingston gets hired to dog sit Jess, Marshall’s ADORABLE Cavalier King Charles spaniel, not knowing who her owner is. Stuart is all-around fabulous with a heart of gold and a zest for life. He’s an artist who, unlike anything in Marshall’s world, paints and sketches genuine beauty that surrounds him.

When the two finally meet, Stuart shows Marshall just how beautiful the simple things in life are—and does it so naturally and subtly that before the two even know it, they’ve become a necessary part of each other’s lives. Marshall realizes that he deserves to live his life not as someone else, and it’s so much better when he does. I can’t forget about Jess, Marshall’s sweet little puppy. I swear she was playing matchmaker the entire time!

This book is a little treasure filled with perfectly written heartfelt moments, just enough sexy times, and plenty of funny moments. The supporting cast is amazing and positively lovable, adding the right amount of depth into Stuart and Marshall’s world. I highly recommend this light, feel good read. Claire Castle has put her heart into this story and it shows. Five stars for me.