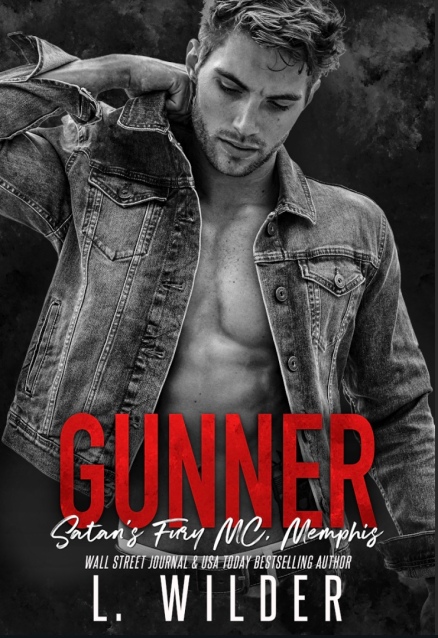 Some risks are worth taking.
Gus wasn’t just my president. He was the father I never had. He was steadfast and strong. I looked up to him and trusted him without question.
I’d never seen the man show a single sign of uncertainty until the day August James showed up at the Satan’s Fury clubhouse. None of us knew why the beautiful brunette had come knocking at our door, but we’d soon learn she was in need of help—the kind of help only a man like Gus could give.
When he didn’t turn her away, it became my job to watch over and protect her. I tried to keep my distance, but she drew me in with her soulful, dark eyes and sultry curves.
I wanted to make her mine, but August had secrets—secrets she wasn’t even aware of.
In our world, there are some lines you just don’t cross, but for her, I was about to cross them all.

Leslie Wilder grew up in a small town in West Tennessee. A country girl at heart, she’s always thought that life is too short, but she had no idea how short it really was until her brother passed away in 2014. She’s always been an avid reader, loving the escape only a great book can give, and wondered if she had what it took to write one of the wild romances she’d come to adore. With the support of her family and friends, she published Inferno: A Devil Chaser’s MC, one year after her brother’s death. With him in mind, she fulfilled her lifetime dream of writing. Since then, she’s completed the Devil Chaser’s Series and continued on with the Satan’s Fury MC Series. She has so many stories in her head, and can’t wait to share each and every one.
Leslie has been blown away by the support of her readers, appreciating every message, review, and encouraging word she’s received over the past year. She looks forward to continuing this journey with them for years to come.