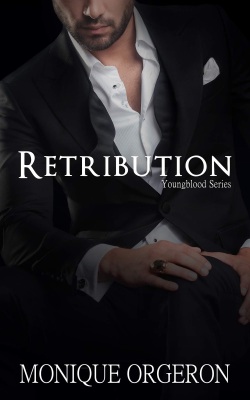 My retribution may be over, but my future remains controlled by my past.
A son always pays for his father’s sins.
Stripped of everything, I was punished for crimes I believed my father was wrongly accused of.
My need for revenge blinded me.
Faced with the truth, I was forced to make a choice that went against what I’d fought so hard for.
With my atonement complete, I’m asked what would make me happy.
I had it once and the very person who gave it to me is the same one who robbed me of it.
How can I look forward when I’m tortured by memories of her?
The girl I loved with all my heart and now hate with all I am.
Sometimes love isn’t good for you.
Sometimes, you have to love yourself enough to see the destruction ahead and simply move out of the way.
I once loved a boy who was determined to continually hurt himself.
For a chance to prove himself worthy.
He was worthy in my eyes, but it wasn’t enough.
Then a secret opened my eyes to see the years of pain and hurt the future held.
Leaving, I took a risk for a better future, but my return unravels a spiral of betrayal.
I know I will be at their mercy.

SHANETwo stupid shows later, I’m still watching the clock and window, waiting for her to be dropped off. Another half an hour show later, I find myself on the steps of my porch. Looking around, I see something off in the distance but it’s not a car. Standing, I walk off the porch and walk down the walkway. The first thing I recognize is the poofy pale pink dress. “Jolie.”

Without another thought, I go running down the street to meet her. The closer I get, I see she’s carrying, her high heel shoes in her hands and she has her dress gathered up in the front, so she won’t trip on it while walking.

Rolling her eyes, she practically grunts. “Nothing.”

She tries to get past me, but I block her path. “Where’s your date? Why are you walking?”

She tries to get past me again, but this time I grab her by the arms, stopping her. “Jolie don’t. Not with me. You don’t always have to be strong.”

She relaxes under my hold, deflated and says, “I don’t know where he is.”

“No! Calm down.” She jerks out of my arms and says, “He never even got close enough to try.”

What? Did she want him to try?

Jolie takes a step back, letting out an exaggerated huff. “All he wanted to do was take a picture and drink. He wouldn’t even dance with me. Then he had the nerve to want us to go to a party without even enjoying the dance.”

Dumbass, I know his type. Doing whatever it takes to look cool with all the guys, ignoring his date until the big party. Then it’s on, he’ll become the aggressor trying to get her alone and get what he wants without putting any effort into her needs.

Jolie trying to get it all out, continues, “By the time he wanted to leave, he was drunk and started teasing about shit I never agreed to.”

I fucking knew it! “Like what? What the hell was he saying?!”

Jolie has the nerve to roll her eyes at me, “Nothing, I handled it.”

That brings a smile to my face. I know she can handle herself; I just hate that she has to. Not wanting to show how much it bothers me, I tell her, “Good riddance then.”

My choice of words doesn’t go over well though. She looks at me, ready to kick me in the balls which is what I’m sure she did to the other guy. “Really?! That’s what you have to say? Why are all you boys so stupid? All I wanted was to dance.”

“You didn’t dance at all, even with your friends?”

“I did, but I wanted to dance with…never mind, you wouldn’t understand.”

I understand perfectly and I know how to solve it. I grab her hand, pulling her back in the direction of the school.

“Hey, what are you doing? Where you taking me? Shane, stop.”

“We’re going back to the school.”

“Why? No! Shane, we can’t!” She’s trying to nail her feet down to the concrete, making it harder to pull her. Doesn’t matter though, I continue dragging her.

“The hell we can’t. You want to dance? You’re going to dance.”

She’s right, they won’t let me in. But I can get her close enough to the hear the music. No matter what she says or how hard she tries pulling out of my grip, she is going to have that damn dance.

“Shane, what do you think we’re going to do?”

We finally make it to the school, and I lead us to the side of the gym where the dance is being held. Once we’re on the side, I’m pleased to see I was right. The music might be muffled but we can still hear the band playing. So, I turn and tell her,

“Put on your shoes.”

“This is ridiculous, Shane.”

In a firm voice, making sure she knows I’m not playing, I say, “Do it.”

With another exaggerated puff, she gives up and says, “Fine, but this is stupid.” She grabs my arm to help her balance while putting her heels back on and then stands straight, wiping down her dress and gives me a frumpy frustrated look.

The song playing isn’t right, it’s too fast. So, I’m standing here looking like an idiot, waiting and hoping the next song will be a slow. This will be our first dance and if it’s the last, I want to make sure I get to hold her close in my arms. Jolie’s looking around like this is the most ridiculous thing ever. She remains there though, shifting around with her hands locked in front of her, looking anywhere but at me.

There’s a pause in the music then the next song the band starts to play is slow and perfect. It’s, ‘To Make you Feel My love.’ Without warning, I grab Jolie’s hand and pull her into my arms, but she automatically stiffens. It’s not what I want. She shouldn’t be nervous. This is us.

Looking down upon her, I tell her, “Just relax.”

The second her eyes look up at mine, I’m a goner.

Her eyes soften, and her mouth curls slightly as I reach for her other hand and lay it gently and securely in mine. Repositioning my other arm around the back of her lower waist, I hear a hitch in her breath. My eyes close for only a second, wanting to hear it again. Her eyes rise again and this time, lock with mine and I begin. One step forward and one step back, her smile grows, bringing me more joy than I’ve ever known. As we continue to dance slow, it becomes painful having her this close. Hearing the song and having her finally in my arms where I’ve always wanted her is more than I can take. I never should’ve allowed any other guy the chance to worm his way into her life.

Jolie surprises me by laying her head on my chest as we slow to more of a sway. I wonder if she can hear the beating of my heart. Because it’s hers, it always has been.

Bending, I lay my cheek on the top of her head and move my hand up, feeling her bare skin. Continuing, I slide it up to caress her neck.

“I love this song.” she says in a whisper.

Jolie’s head rises, bringing her eyes back to mine. “Shane?”

It’s time. “There’s never been a question where you belong. I’ve been an idiot Jolie, but not anymore.”

The song stops and we continue to stare into each other’s eyes. Finally, she breaks our gaze and tries to pull out of my arms.

I know she’s shocked and confused by what I said. I just never expected no response. Then the one she ends up giving me, isn’t even close to anything I wanted,

“Thank you for the dance.”

She didn’t finish what she was going to say but I know exactly what it was. She’s tired of trying to get me to love her. Love was never an issue. I’ve loved her practically since the day I met her. My mother was so right when she said, “One day.” It was always there. I just kept denying it, not wanting or needing anyone in my life to love. Especially not the younger girl from across the street. But for some reason, I can’t risk losing her either. She’s getting older and I am no longer the only one seeing her for the beautiful woman she’s becoming. She’s mine and she needs to know it.

Bringing her back to me, I lay a hand on her beautiful face, taking her all in.

Jolie licks her lips and with a shaky voice asks, “Are you going to kiss me again?”

“If I do, you need to understand there’s no going back. You’ll be mine, forever.”

I’m so caught up in her eyes, seeing the truth behind them. My other hand reaches out to hold the other side of her face and my eyes dance around each of her features, then she puts me out of my misery and says, 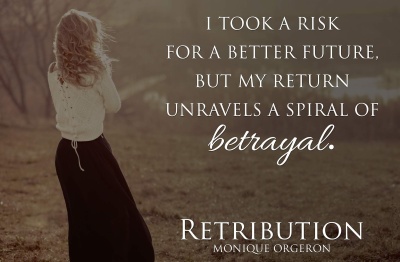 Written by Monique Orgeron’s eldest, most beautiful, and intelligent daughter. (My sister is going to hate this part.)

My mom happens to be the most caring, loving, and stubborn person I know, well anyone knows. She gives 100% percent of herself to everyone and has given up so much of herself for my sister and I. For twenty-one years she has poured her heart and soul into making sure we know that we are loved and that we can do anything we put our minds too, but it was about time she figured that out about herself.
Up until this year I hadn’t seen my mom do anything for only her, but this book has allowed her to travel the world through the pages of a book, make new friends, and feel the joy of doing something exciting.
There is a new light behind her eyes and it is just making me feel more joy than she can ever imagine. While she might be annoying most of the time, I am so thrilled that she is finally allowing herself to grow as a person and not spend all of her energy on her family.
It has been a long journey of self-discovery for my mom; she has gone from domestic supermom to domestic goddess throughout the process of writing.
We are so very excited and proud of you! I love you as big as the world.
-Bria and Tony 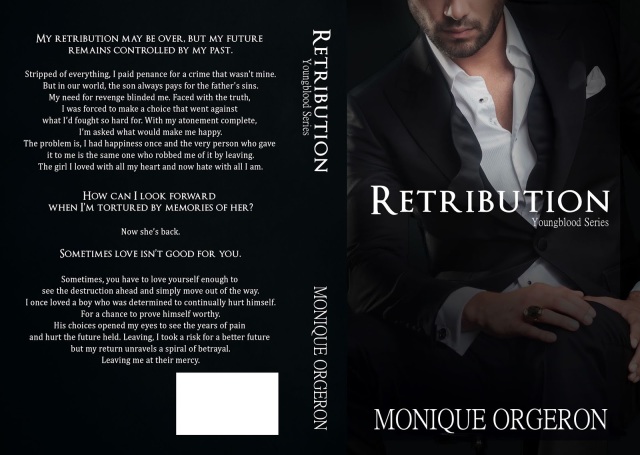